A NETWORK OF TOY LIBRARIES TO FIGHT VIOLENCE AND POVERTY

The conflict in Colombia has displaced 5.7 million people. Mostly peasants, the villagers have crammed into the cities (Bogota has grown from 5 to 10 million inhabitants) where violence is still practised daily on children. 80% of these families are housed in extremely precarious conditions, in shantytowns and so-called "invasion" neighbourhoods... Drugs and crime reign there and children are the first victims... Negotiations with the FARC guerrillas are interrupted, perpetuating the tensions in this country.

Mission Enfance fights violence against children, in Bogota, but also in other regions of Colombia, through our toy libraries. In these animation centres, children learn, through games, the rules of life in society and the respect that they owe to themselves and to others. In twenty-three years, the association has created a real network with seven centres, each one focusing on the problems encountered by the children: Violence in La Uvita and Cusagui (Boyaca); racial denigration in Condoto in Choco, among Afro-descendants, the former slaves of the conquistadores; oblivion and poverty for Amazonian Indians in Leticia, Puerto Narino and Zaragosa. In Peru, where our association also organises travelling toy libraries, the results on the children are obvious; they are gradually emerging from their apathy since they have been in contact with our teams.

Help children in shantytowns or isolated areas on the borders of Colombia to live their childhood, to get out of violence, and to create a generation of responsible adults.

Operation of 7 toy libraries (toy librarians' salaries, toy supplies, staff training, maintenance and fitting out of buildings) and for the past two years, we have focused on travelling toy libraries among the Amazonian Indians, in Boyaca and in Choco. This is to reach the most isolated children in Colombia.

This project is run under the direction and control of our local coordinator, Françoise Bardon. Each child is followed by facilitators who help him or her to evacuate the violence experienced daily in the family. In Bogotá, for example, football, basketball and table tennis championships are organised to attract the 13-year-olds who wander the streets. Children also benefit from a school support programme and a baby toy library welcomes children under 4 years old and their parents.

The Municipalities and Departments of Colombia participate in the action, by providing premises or toys, or by taking charge of the staff outside the Mission Enfance team.

Mission Enfance is the project leader and manager, through its local association Mission Paraiso. 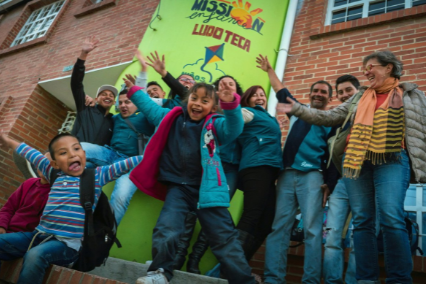 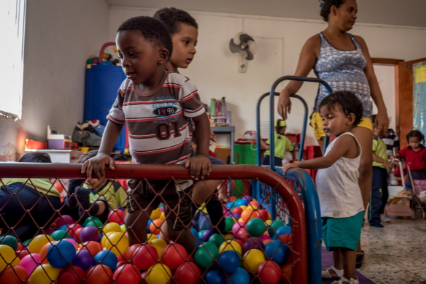 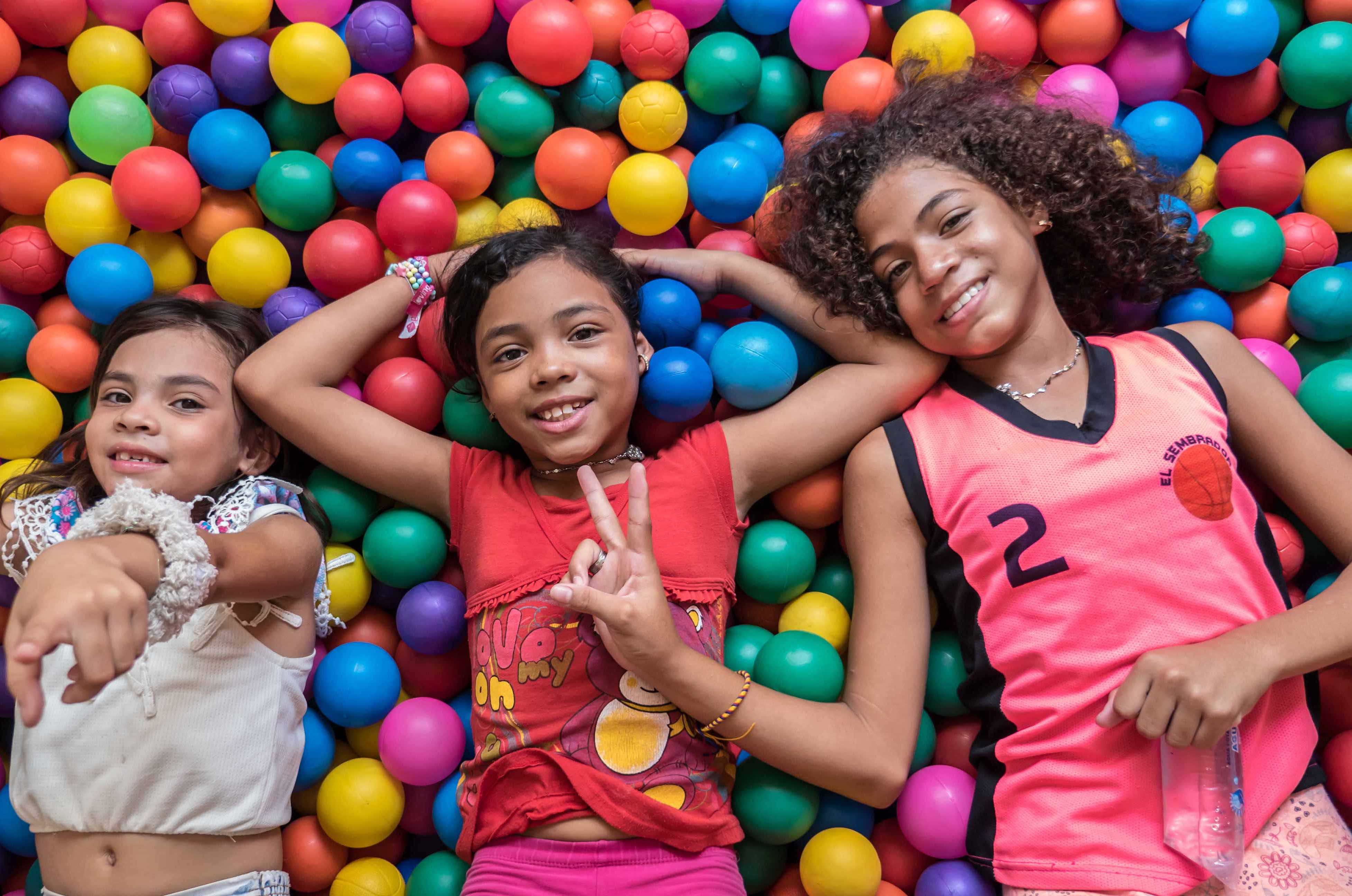 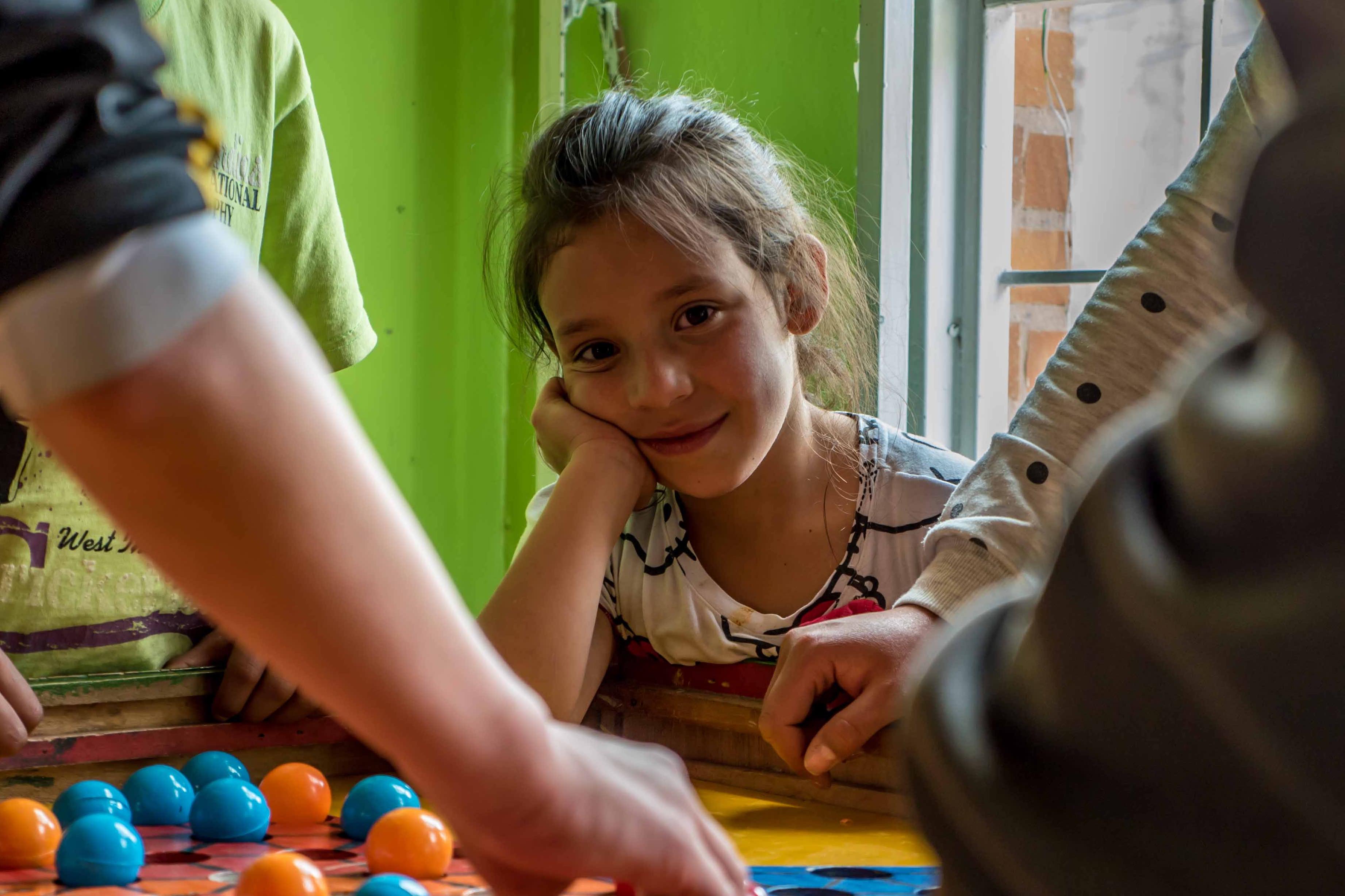 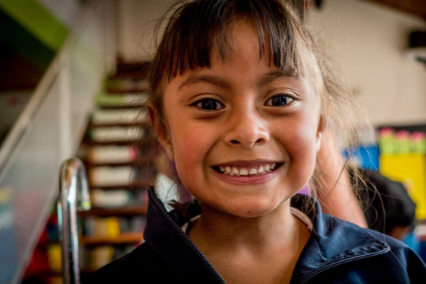 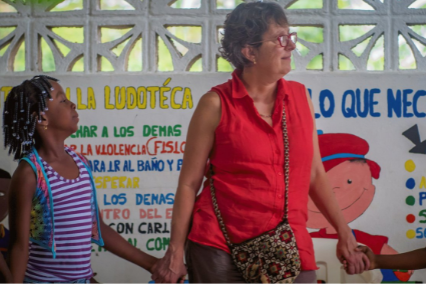 13.000 children and teenagers registered in our 6 centres and those met in our mobile toy libraries.