We support children affected by the war in three educational centres in Latakia (Besnada and Zekezkanie) and Homs. These centres provide schooling and refresher courses for 700 children (between 6 and 15 years old), mostly displaced from the cities of Raqqa, Idleb and Deir Ezzor... Science, Russian, Arabic and literature classes are taught by certified teachers. Psychologists work with the children on their traumas.

In 2023, we will continue our support to these 3 educational centres which bring such an educational added value to the pupils that they have become a school. The displaced families whose children we educate are experiencing a terrible economic crisis in Syria, linked to the deep devaluation of the Syrian pound. The repercussions are dramatic for the entire Syrian population, which is suffering the collateral effect of the economic collapse of Lebanon. On the other hand, the international sanctions on the country and the closure of the borders are starving the Syrian people. We support Syrian families with distributions of $30/month that allow them to survive, despite an exponential increase in prices.

Damascus, the Syrian capital hosts many very poor families who have lost everything in the war. Crammed together with 2 or 3 families in insalubrious flats in the suburbs of Damascus, these people receive permanent care from this congregation. 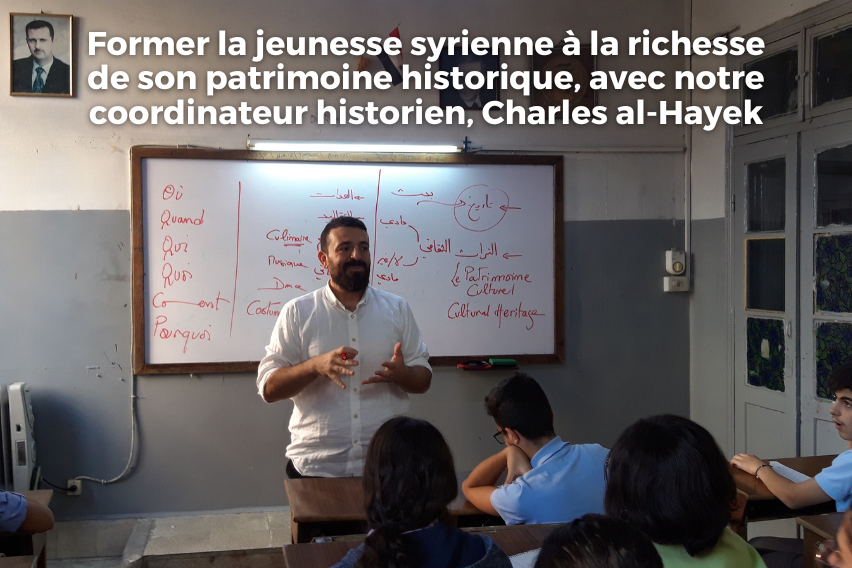 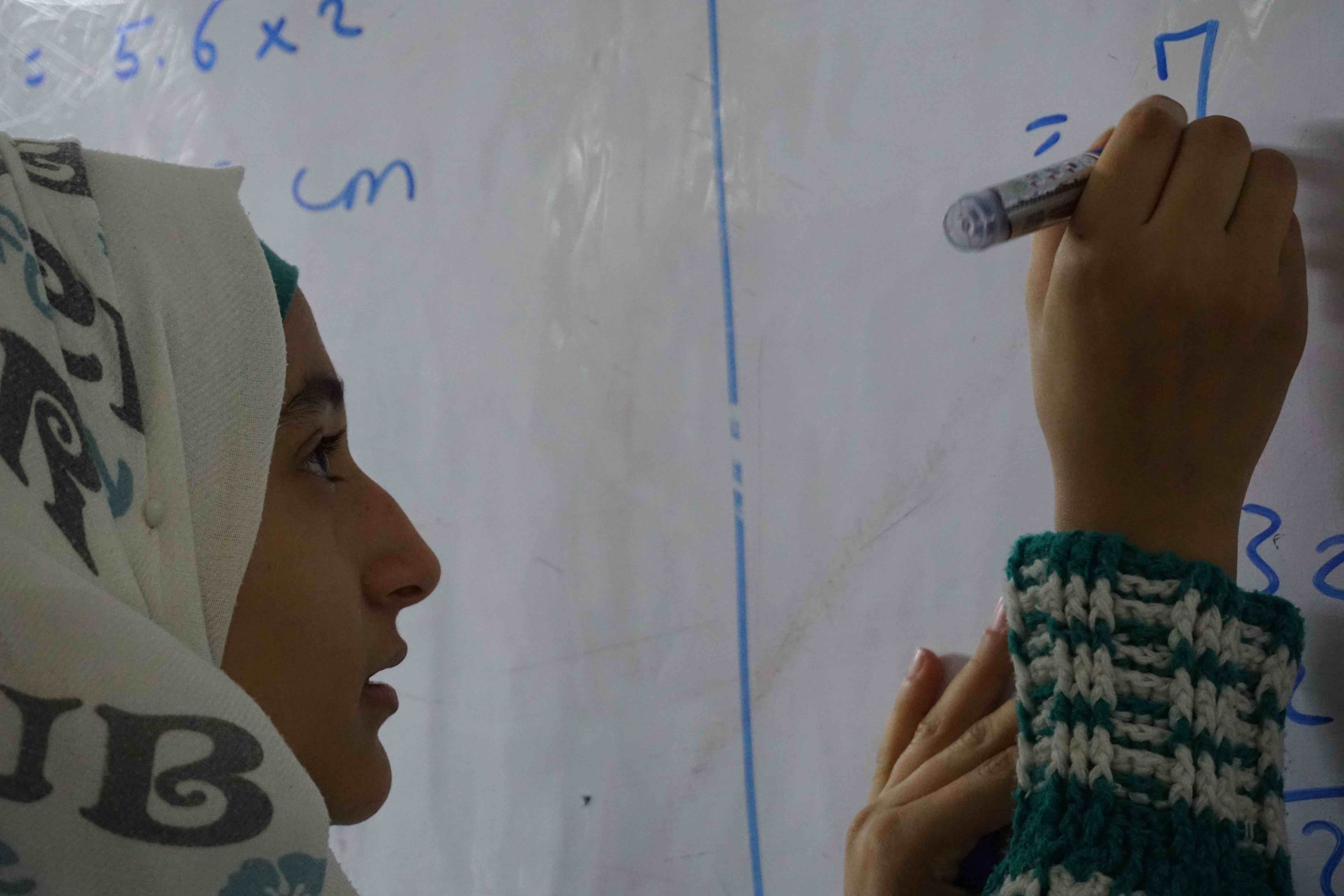 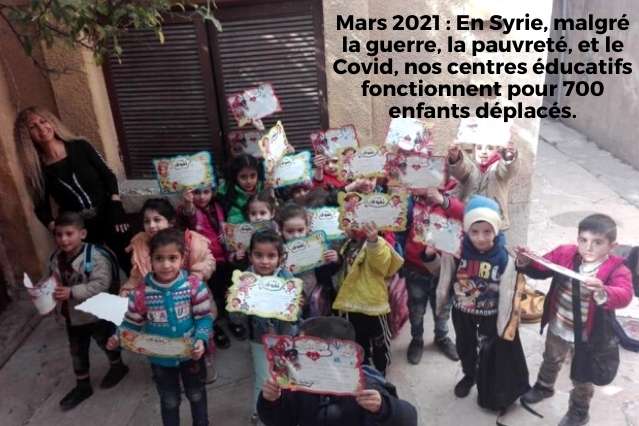 ● Schooling for 700 children displaced by the war in Syria, in our three educational centres in Homs, Besnada and Zekezkanie,
● Grant to the deprived children of the Al-Farj secondary school,
● Emergency aid to Syrian families.

3,050 children and their families