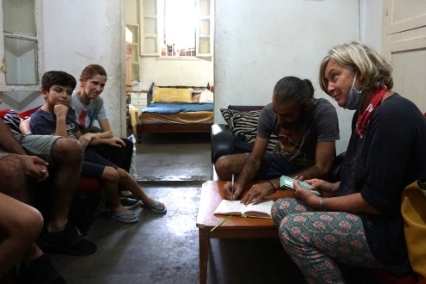 With Mission Enfance, emergency aid and education for the children of Lebanon

Mission Enfance has been working in Lebanon for nearly 30 years. School sponsorships, construction of schools, education centres, professional training for children and Lebanese as well as Syrian refugee families. The presence of Mission Enfance in Lebanon has never been so fundamental in all these years of humanitarian.

Back from its humanitarian mission in this country where misery is now spreading at the foot of the shredded skyscrapers of downtown Beirut, the Mission Enfance team has rescued hundreds of families. Traumatized by the terrible violence of the 4th of August explosion, the inhabitants of the Lebanese capital no longer sleep. "At night, I see the bleeding injured people running in the streets, their hands on their wounds, looking for a hospital still standing, I see these children with their bodies pierced by shards of glass, and all these blind people..." laments Antoine, a student at the AUB, American University of Beirut. "The ophthalmologists and all the medical staff in Beirut worked like bullies that night. But how many disabled people are we going to see coming out of hospitals now   ? ”

Beirut is in shock. The explosion of the port is just one of the tragedies experienced by the entire Lebanese population. In October 2019, the Lebanese government's decision to make the use of Whatsap payable sets fire to the powder keg. Daily demonstrations throughout the country demanded the fall of its government. Lebanese banks, using dollars as the main currency for transactions, only allow withdrawals of $100 per week. The country was declared in default in March.

Since then, the Lebanese have been suffering a true downfall to hell. "We have suffered the explosion, we are ruined and tomorrow, what can happen to us? A war?" worries Sofia, a mother in the Ashrafieh district who can no longer pay for her two children's schooling and has suspended treatment for her cancer for the past six months. Near the old-fashioned elegance of the Ottoman houses of Gemmayzeh, now ravaged, we discover families housed in slums that camouflage their children's hunger under the dignity of their welcome.

Wages that are only half paid, when they are paid at all..., a hyperinflation of prices multiplied by eight over the last year, a middle class that is sinking deeper and deeper into destitution every day: 60% of the Lebanese population today lives below the poverty line and unemployment affects 40% of the active population. The ultimate option for the Lebanese: humanitarian aid.

Our goods bought in Lebanon to support the shopkeepers (rice, chickpeas, flour, oil, canned food, etc.) and our cash donations are distributed by our local team to families in downtown Beirut, but also to families in Karantina, Sin el Fil, Bourj Hamoud... Our financial donations help to repair the houses but most often we face the tears of powerlessness of fathers, like Toni's. "My mechanic's salary is reduced by half and my boss tells me that I am free to leave". Toni, like so many others, will receive the funds to buy back his exploded fridge and pay for the annual schooling of his two children. Each family is visited, their needs are discussed, before Mission Enfance pays its support.

In Bourj Hamoud, thanks to the good will of our centres' managers, we have delivered supermarket vouchers to more than 100 listed families. Enough to feed their children for one month.

Faced with the destitution of the parents, we finance the annual schooling of 50 additional students. We distribute computers to the teachers and to the children who are required to follow their lessons online, the confinement of certain regions of Lebanon obliges them... We are currently rehabilitating 18 classrooms in Saint Charles School in Beirut, where the walls were destroyed by the explosion, in order to allow 400 pupils to regain hope thanks to normal schooling.

Our humanitarian actions, both development and emergency, are only a drop in the ocean, but they contribute to the survival of this country which was once known as "the Switzerland of the Middle East".

Every day our teams are in the field distributing food and financial aid. And we are preparing for tomorrow. Indeed, what will happen when, as announced by the Lebanese authorities, products such as petrol, medicine or flour will no longer be subsidised by a desperate state?

The answer of Mission Enfance is unceasing for the most destitute. But it can only be brought to the children of Lebanon thanks to the solidarity of all.

INTERVIEW DOMITILLE LAGOURGUE - BACK FROM MISSION IN LEBANON OCT 2020 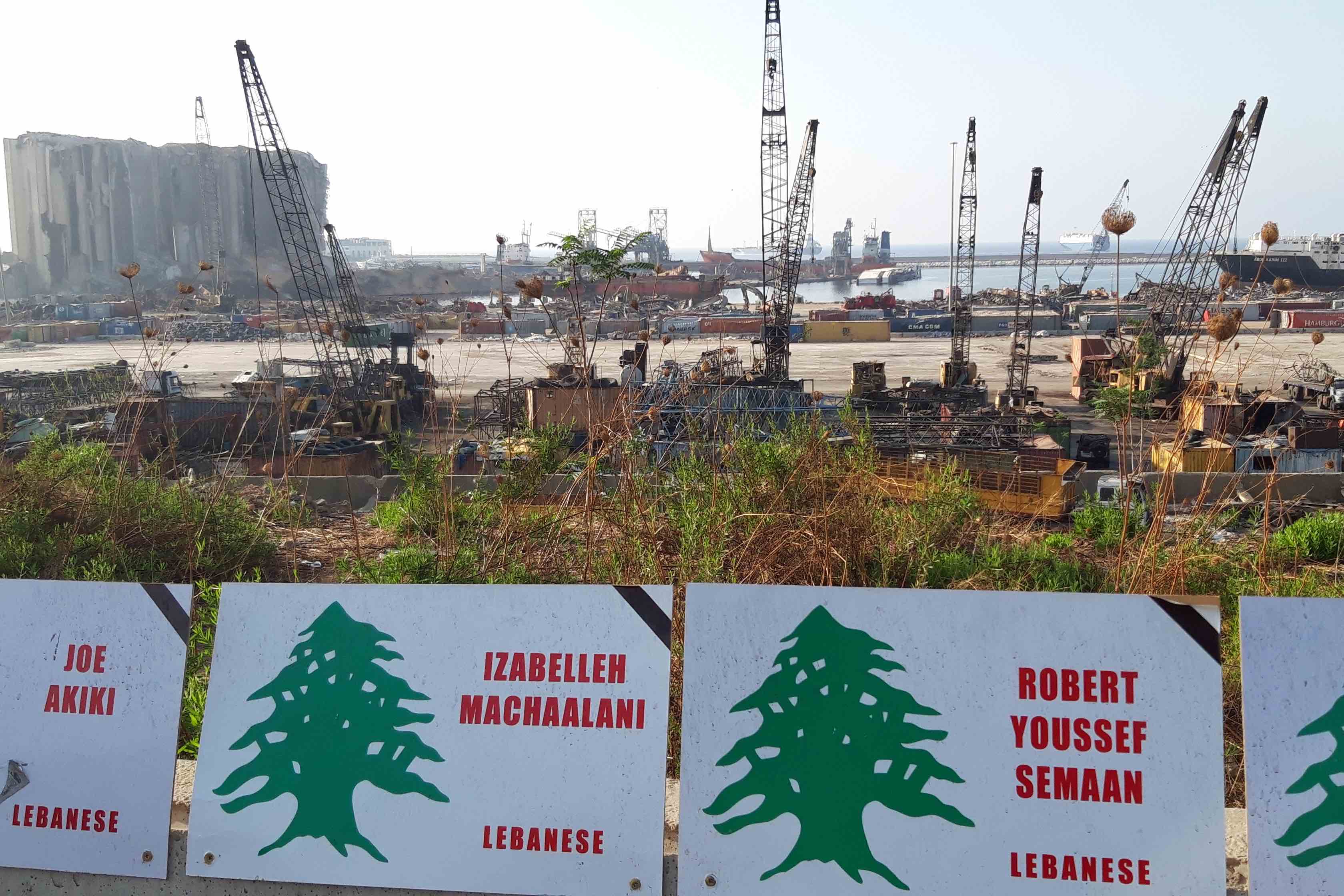 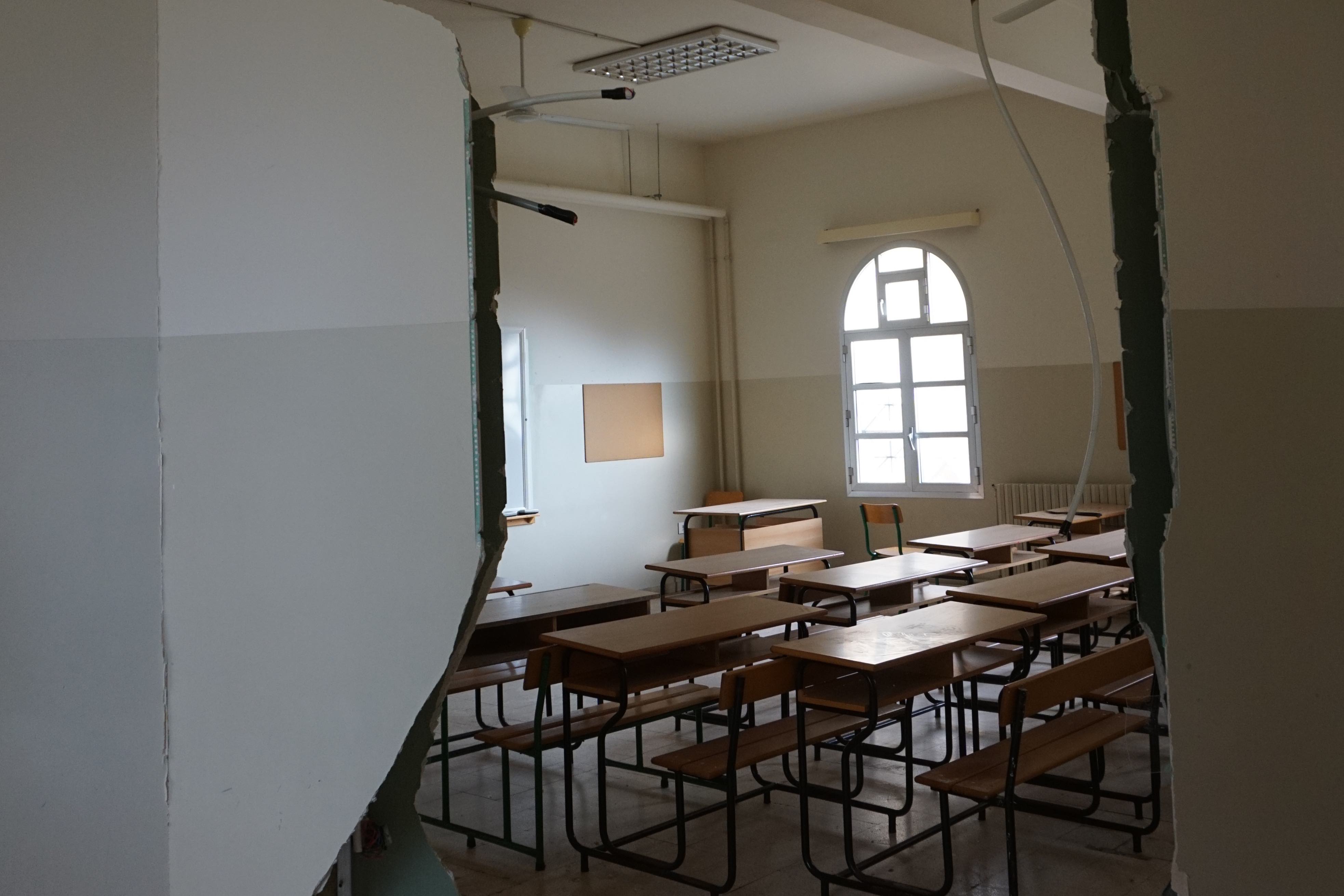 Rebuilding of 18 classrooms at Saint Charles School in Beirut. 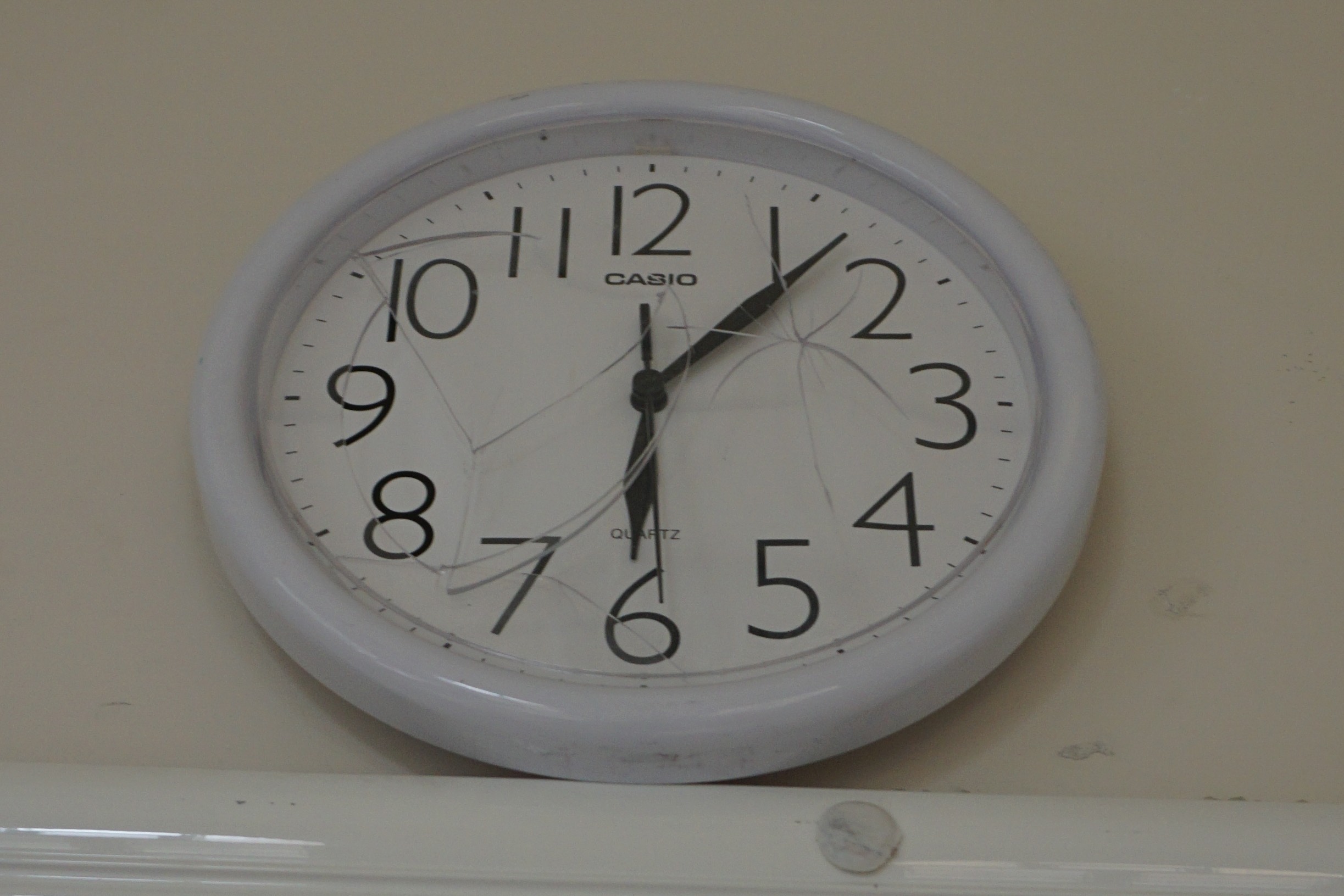 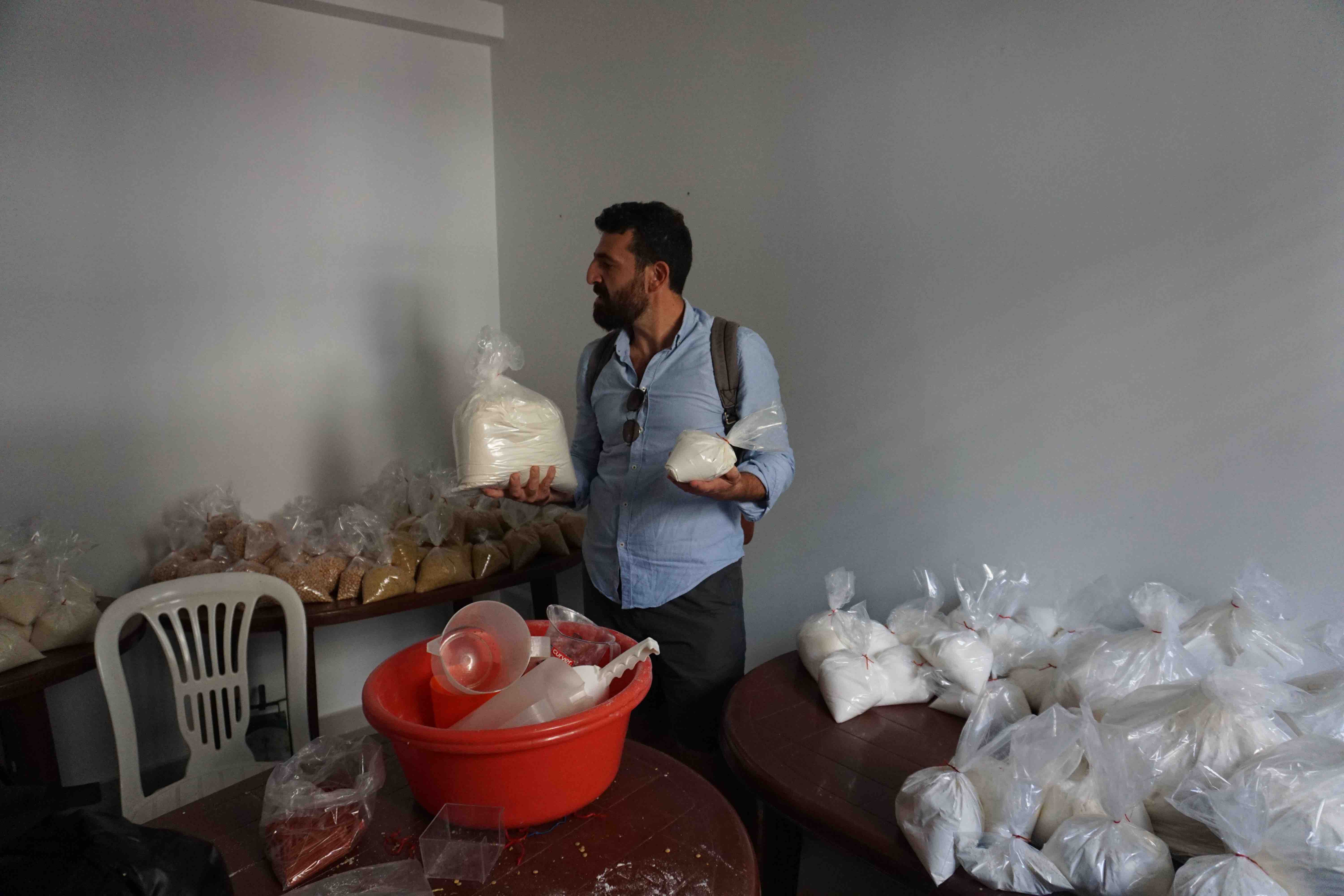 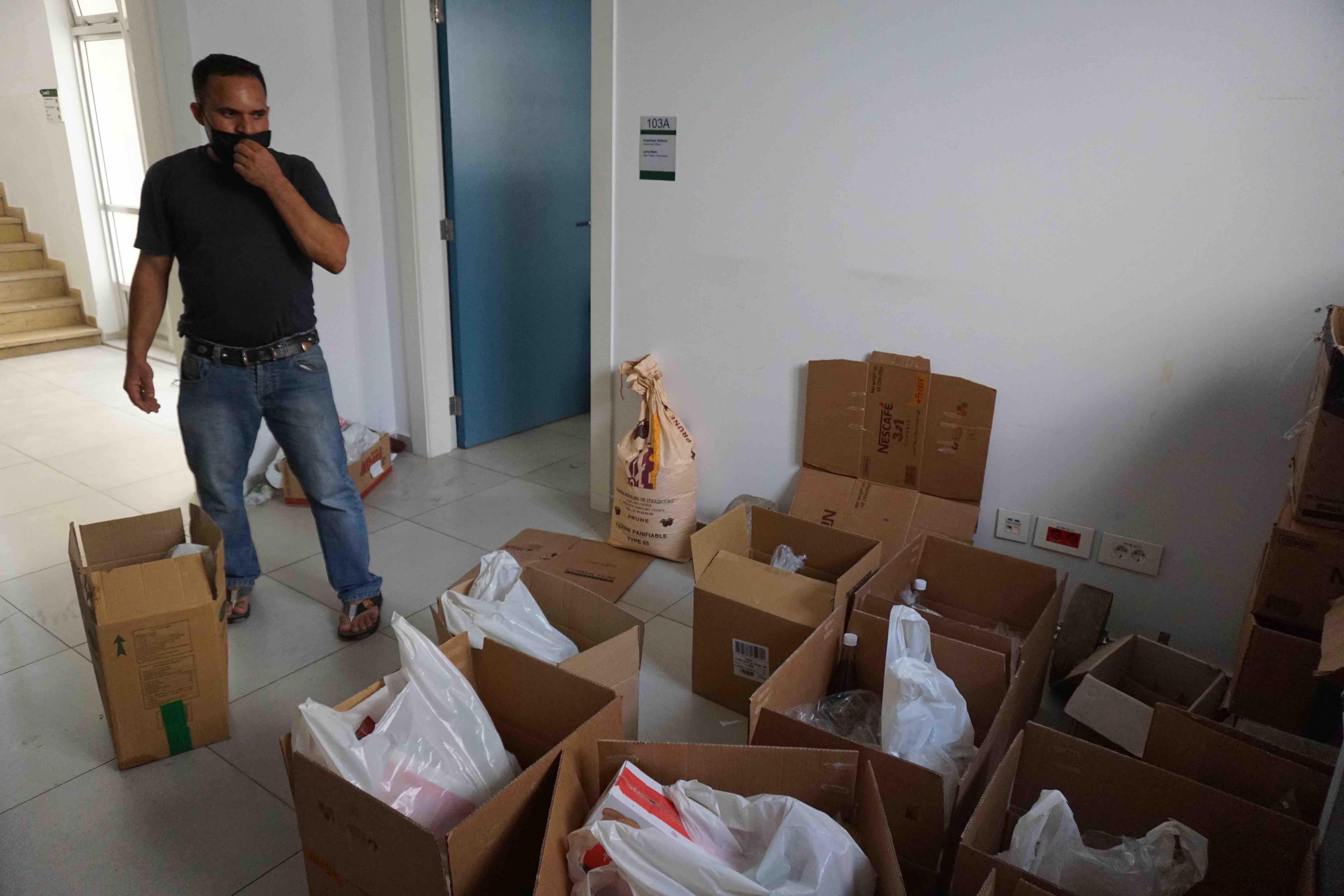 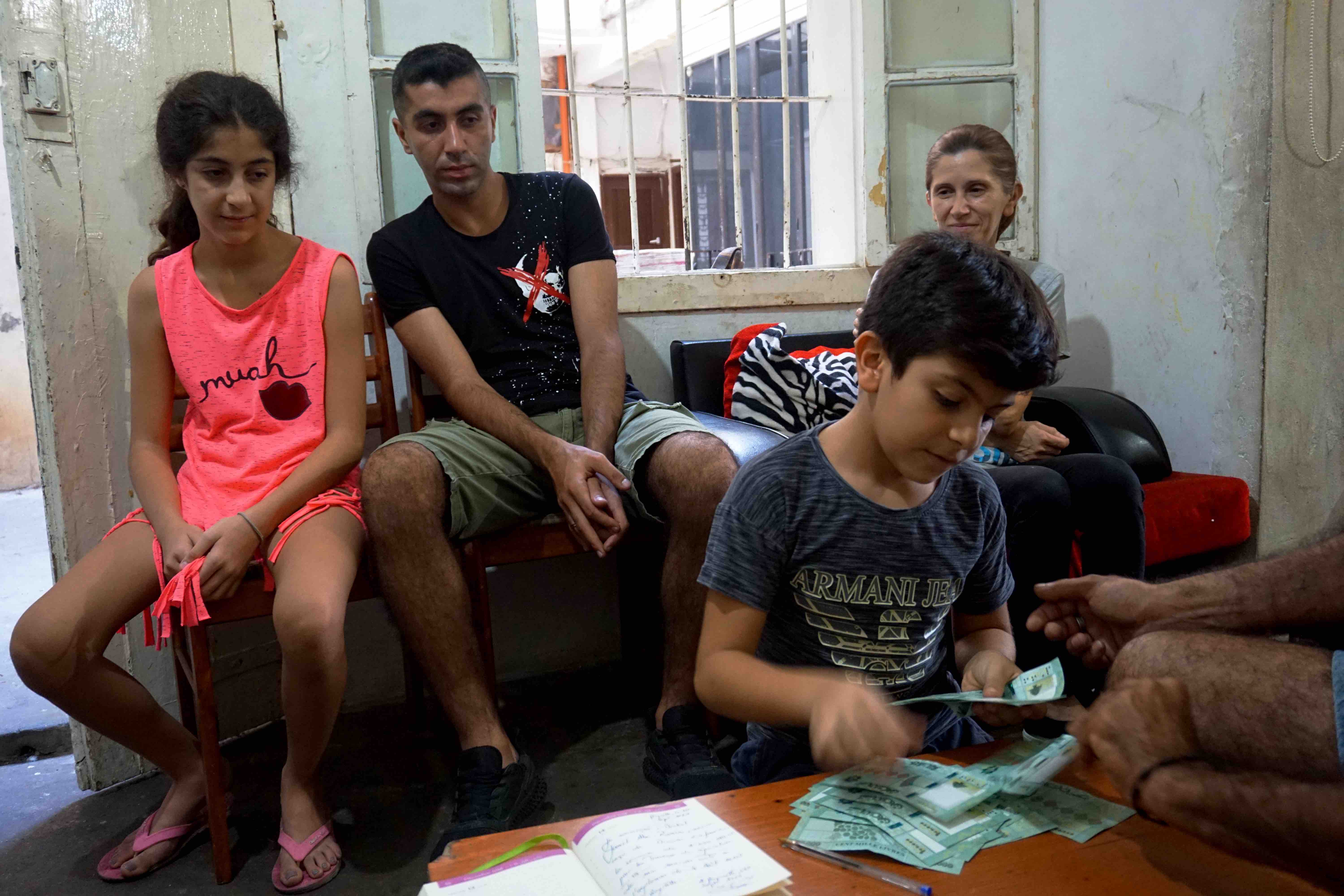